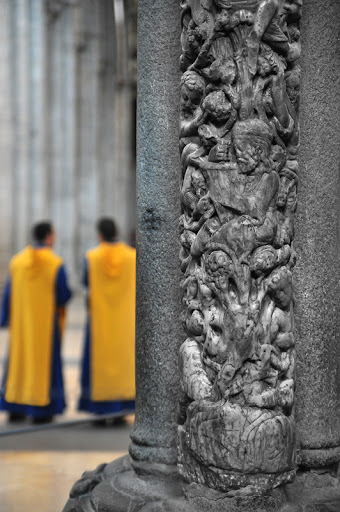 Two monks and a famous middle pier at entrance to the main nave of the Santiago de Compostela cathedral.

A story behind: We travel to Spain a lot. One of the places we visit frequently is the city of Santiago de Compostela located in Northern Spain. Its main Cathedral is one of the most magnificent churches in Spain. Its Gothic interior is spectacular. The chief beauty of the cathedral, however, is the 12th century Portico da Gloria and its middle pier ( pictured above ) that represents Saint James. So many pilgrims have laid their hands on the pillar to rest their weary bones, that a five fingers grooves have been worn in the stone. Look carefully at the lower part of the column pictured above to spot all 5 finger grooves.

Full-frame DSLR cameras offer a number of advantages over their smaller-sensor counterparts. The large sensor produces lower to none noise at high ISO levels. The picture above was taken at 4000 ISO with no visible noise while shooting at very low light situation. 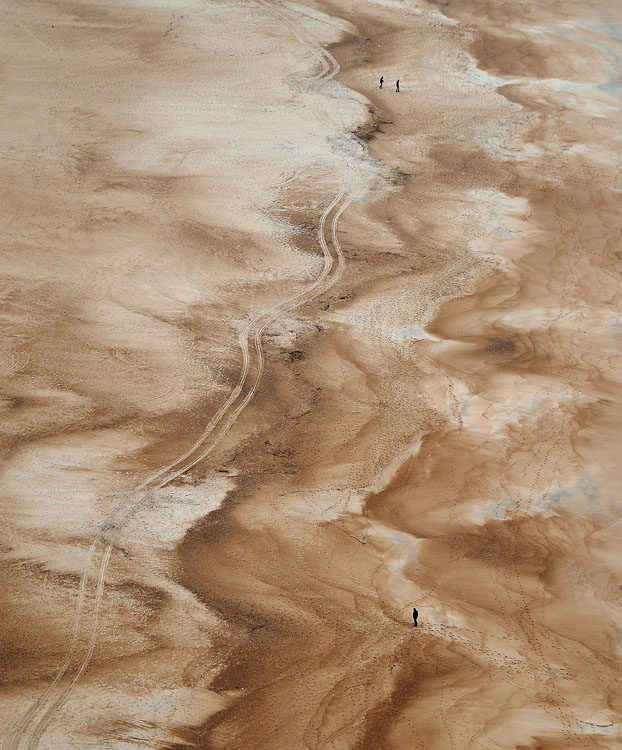 A story behind: A photo taken from the high cliff overlooking a little town of Nazaré.

Photo of the year

My photo from Bilbao ( Spain ) has been awarded "Photo of the year" ( Category: Architecture ) by the most prestigious Polish photo portal ( link ) .