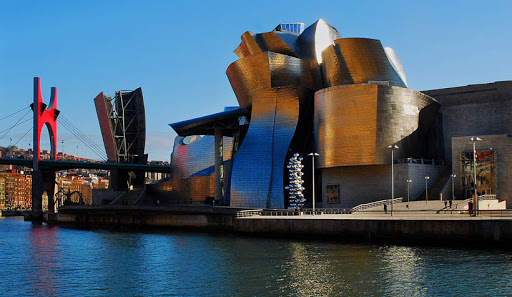 From Spanish city of Bilbao ( with a photo of the Guggenheim museum ) I wish you all happy new year ! 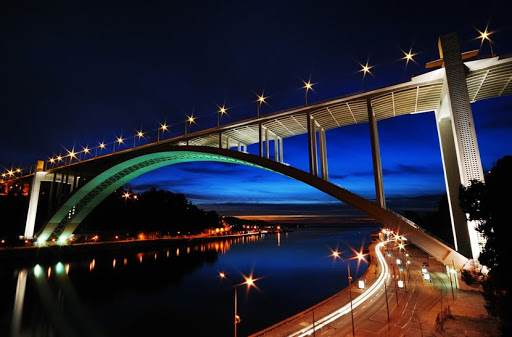 Arrábida 500 meters long bridge, constructed in 1963, is still a proof of perfect human engineering and a piece of modern art. It is the youngest, longest, and westernmost of the three spectacular bridges that span across the Douro river in the heart of city of Porto. 2000 meters further west the river meets the Atlantic ocean. In fact the bridge has become a part of our life being our everyday window neighbour. Photographed on the cold December evening from our house. Date: December 26th, 2010. Maciek.
4 comments: 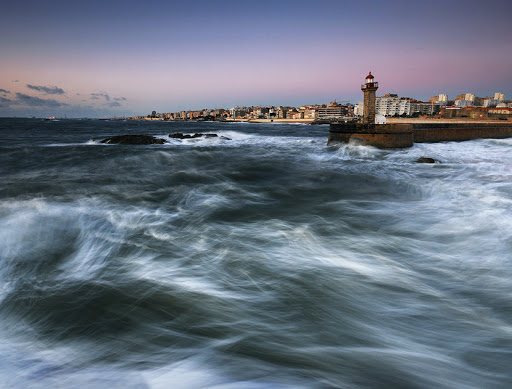 This is the photo I took a couple of days ago close to the old lighthouse at the mouth of the Douro river, Porto, Portugal. That day the water waves were high, ferocious and ready to kill anyone that dare to enter it. The water was wild hitting the lighthouse strong that day. To the naked human eye it was perceived as the state of absolute chaos. But on a 2 second long exposition photograph long parallel water lines appeared. This phenomenon is due to the physical structure of the H2O molecule which has charged ( positive and negative ) parts. These opposite charges are attracted to each other that holds water molecules together. Date: December 23rd , 2010. Maciek.
5 comments:

One day to Christmas: Garden Flowers 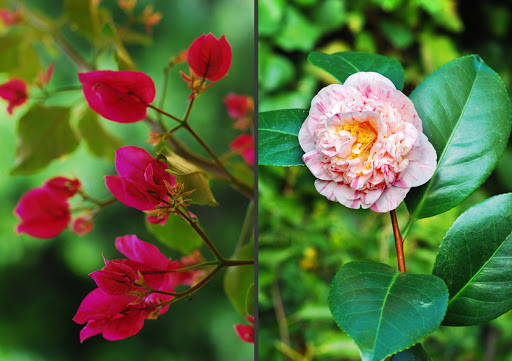 Our garden December flowers: the wine color bracts with tiny flowers of Bougainvillea and large and conspicuous, up to 12 cm in diameter Camellia pink flowers. Photographed at noon at our garden. December 23rd, 2010. Maciek.
2 comments: 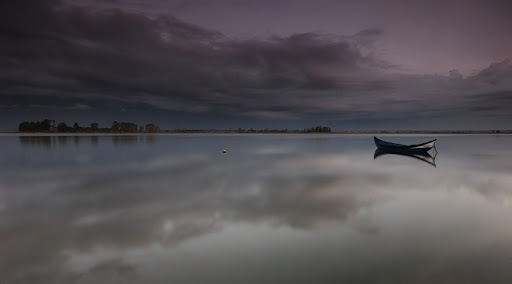 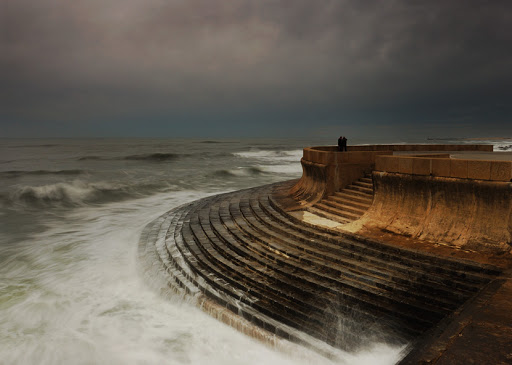 One day in Covilhã with cirrus duplicatus 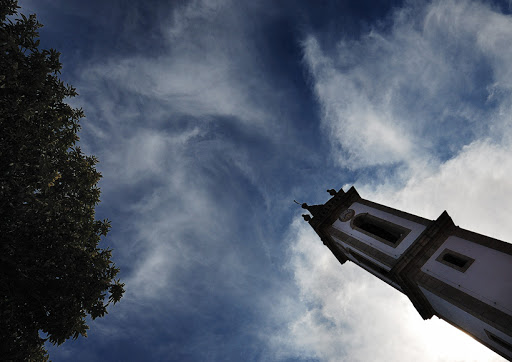 The story behind: Standing in the center of old part of the small mountainous town of Covilhã and being surprised by these delicate net of high level clouds I took my camera and shoot a photo. Low temperatures, crystal clear views , snow covered mountain peaks and orange trees ready for harvest always make me feel happy here. This is my place - I thought.

One more afternoon with my boats 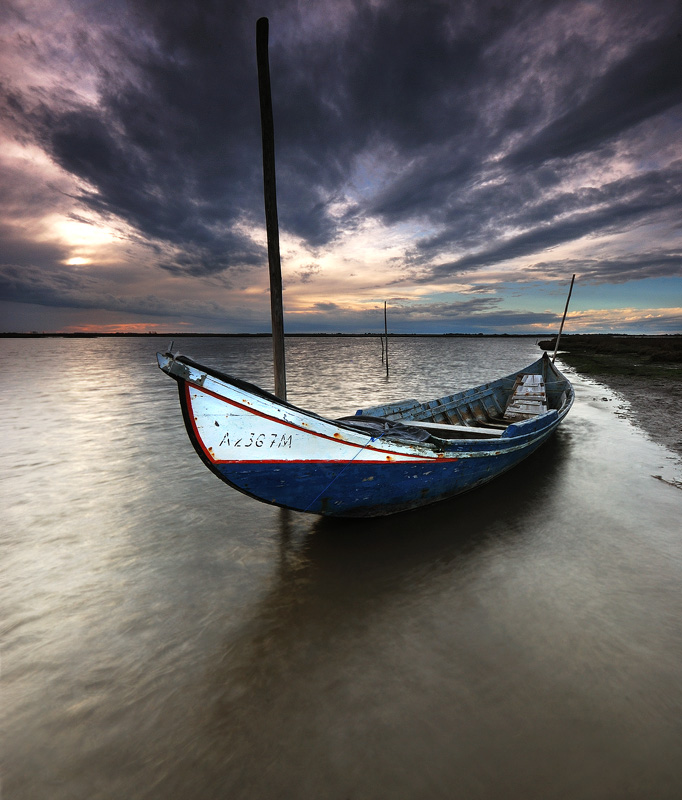 My weekend flight to Azores Islands. 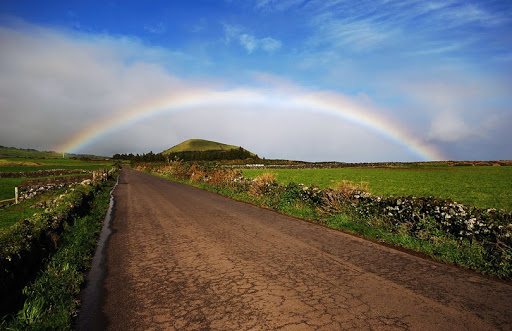 The sudden small rainbow appeared before my eyes close to Arrifes village, Portugal.

The story behind: Last Friday I took a flight from Porto to Ponta Delgada to the main Azorean Island of São Miguel. I had little expectation as far as taking photos was concerned because winter weather struck the islands very hard. How harsh can winters be on the islands ? - you may ask. Oh yes, they can be pretty harsh - I would reply.

A couple of days ago the Westernmost island of the archipelago, the small island of Corvo, was cut off from the exterior world for 18 days ! No flight or boat could reach the island and its population of 500 people. Gusty winds and 1o meters high waves struck the island really hard.

As I landed in Ponta Delgada the sky was covered with heavy clouds and it was raining. No photos this time, I murmured. Until Sunday the weather was practically the same. In the early afternoon as I was driving and approaching a small settlement of Arrifes, suddenly the sky opened up and I got this view in front of my eyes. Thank you Lord - I thought.
Location: Arrifes, Portugal.
Gear: Nikon D80.
Aperture: f/8 Exposure bias: 0
Focal Length: 14 mm
ISO: 100
Date Taken: Sunday, December 12th, 2010, 12:47
Maciek.
7 comments: 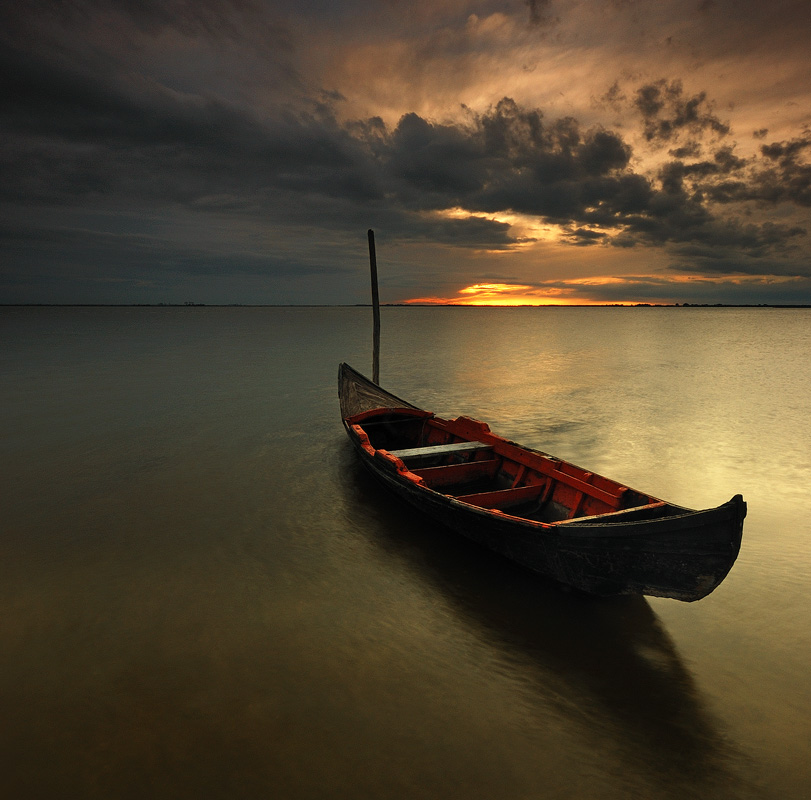 The sunset over the Ria do Aveiro lake close to Murtosa village, Portugal.

The story behind: After a week of the almost continuous raining finally the sun was back. These wet days with almost 100% of humidity coming from the Atlantic ocean don´t allow you even to think of getting out or taking landscape photos. So yesterday when the sun and our mild winter temperatures of 18º C were back, I didn´t hesitate too long and packed the gear and drove south from Porto. I arrived the the site quite early ( at mid day ) so I had plenty of time to walk and explore. I started at the southern part of the village and walked along the beach until in the late afternoon I found this small and beautiful fishermen´s boat parked. The sky was covered with clouds on different attitudes that helped very much with beautiful light-diffusion, turning the atmosphere very red, something I'm only used to seeing in winter. The sun was behind the clouds. The higher clouds were actually moving quite quickly yet there was little or no wind which made the mild evening temperatures quite comfortable. The water was calm but the high tide was moving quickly so I had to rush things up and started shooting photos.

Also "Photo of the day" at http://photomediaworld.com/ 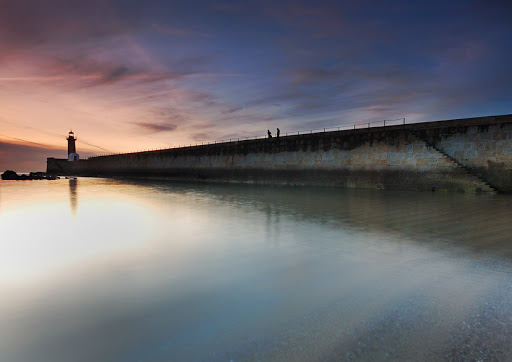 A couple on the pier and the old lighthouse that guards the mouth of the Douro river. It was a very quite sunset with a delicate sky tonight. Porto, Portugal.
Location: Porto, Portugal. 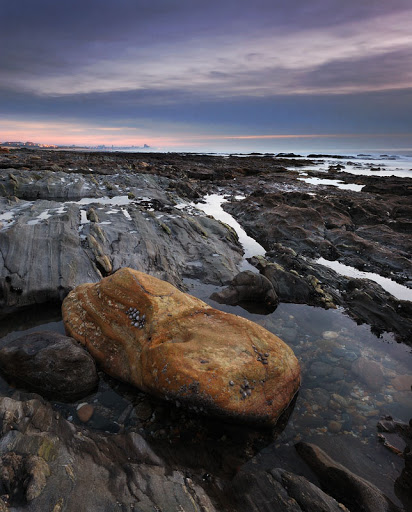 Atlantic coast during low tide. On the horizon distant lights of the Espinho coast city can be seen.
A late afternoon stroll on the beach somewhere between Granja and Espinho ( Portuguese Atlantic coast ). The low tide reveals strange rocky formation. The low tide-high tide amplitude can reach as much as 4 meters. Although we have been living by the cost and seeing tides for more than 11 years, predicting the exact time of low and high tide can be tricky. It depends on ever varying Earth–Sun and Earth–Moon distances, coastal line, sea depth ect. Location: Granja, Portugal Coast.